City Administration has issued a reminder to all citizens regarding the perils of hunting for an allegedly lost Crahn treasure cache.  Rumours first circulated of a lost trove of treasures left behind by the Brotherhood of Crahn following their rapid evacuation of the Dome of York in wake of the The Second War.

Following their exit from Neocron City, it is believed that the Brotherhood removed a number of priceless relics from their church, which were interred at the Dome.  A number of eye witnesses claim to have seen large metal chests marked with the Brotherhood’s crest being moved under heavy guard through the Outzone and into the wastes.  The nature of their contents remained speculative until one was recovered last year by chance within the Swamps – potentially lost following an ambush by mutants.  The chest was recovered by a team of City Admin runners, and was found to contain a cache of documents, precious metals and jewellery. 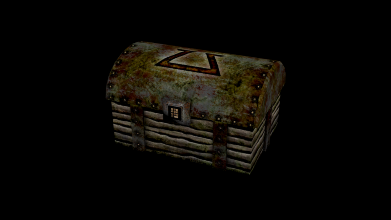 The small windfall had initially resulted in dozens of Runners braving the dangers of the wastes to locate further chests.

Now, it appears that teams have taken to attempting to infiltrate the ruined Dome of York, hoping to uncover any treasures lost when the Dome collapsed.

Joel Sager, spokesperson for City Administration has spoken out.

“Beyond the obvious dangers of the wastes, the Dome remains an irradiated ruin, guarded by DOY cyborgs.  We consider the site to be highly hazardous, and urge Runners to maintain their distance.  We simply do not have the resources to assist anyone who finds themselves imperilled there.”